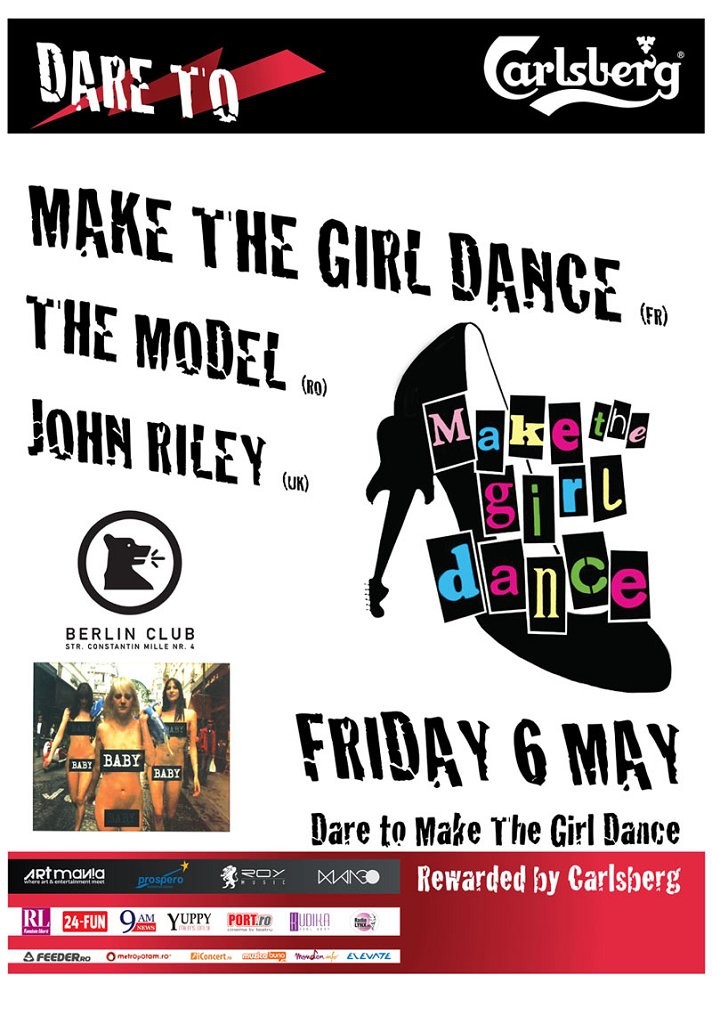 The famous “Make The Girl Dance Duo” arrives in Romania for the first time. On May, the 6th, in Bucharest, in Berlin Club, John Riley (The Funky Mamas) warms up the party, while “The Model” will keep the tension in the air for the party people through their irresistible Dark Techno Baroque sound. “Make The Girl Dance” Party rewarded by Carlsberg announces itself to be an unforgettable night for those who will dare to answer the challenge of partying.

The “Make The Girl Dance” musical project came to life as a reaction to a famous statement belonging to the well-known British band Franz Ferdinand: “we write music to make the girls dance”. These words will mark the members of the future “Make The Girl Dance” project and will represent the “red thread” that will guide them in their entire activity.

Greg Kozo and Pierre Mathieu, founders of the project, will accidentally meet at a DJ set in a club from Paris and will start collaborating for developing the initiative which will be known by everybody as “Make The Girl Dance”: an intense and apparently innocent electro-rock that, with the complicity of its female fans, will aim to “tare apart” their body with its sub-base beat.

Because Romania couldn’t stay away from the French electro rhythms, “Make The Girl Dance” accepted the first time to mix for the Romanian public at the “Make The Girl Dance” Party. For the white nights sake, two of the most en vogue DJs will join the event: “The Model” and John Riley (The Funky Mamas).

“Make The Girl Dance” Party rewarded by Carlsberg starts on May, the 6th 2011, after 22:00 hours, at Berlin Club (address: 4 Constantin Mille street) 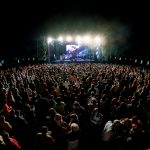 The Great Gathering of Blaj aLive Festival brought together over 12,000 attendees 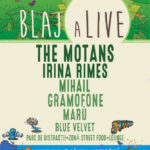 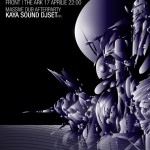