Nightwish in Bucharest on December 10th, 2015 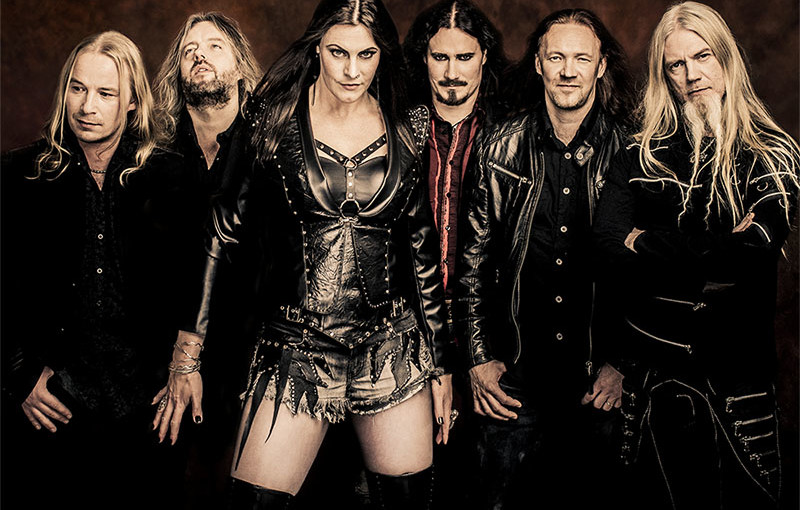 Endless Forms Most Beautiful starts touring at the end of this year as the newest Nightwish production, one of their most ambitious projects up to date, featuring a route that will include Bucharest shortly after Prague. The tour closes in London on Wembley Arena. ARTmania is presenting the show taking place in Bucharest, Romania on the 10th of December 2015 at ROMEXPO, one of the 20 concerts promoting the Endless Forms Most Beautiful album.

This performance was considerably supported by the artist’s enthusiasm for their Romanian fans and ARTmania’s motivation, trying to offer as many concerts as possible for its dedicated audience during its 10-years anniversary year. Arch Enemy and Amorphis will be warming up the atmosphere for the Nightwish concerts this tour, making the event more of a festival, the ideal combination for metal music lovers.

Endless Forms Most Beautiful is the 8th studio album of the best-known symphonic power metal band and was released in Europe on March 27, 2015. It’s the band’s first album featuring the new lead singer, Floor Jansen and Troy Donockley, who was turned from guest musician to full-time member. It’s also their first album without drummer Jukka Nevalainen, who has taken a break from all recordings and touring activities due to chronic insomnia. Therefore, Kai Hahto, who Romanian fans have already listened to during the Swallow the Sun concert at ARTmania Festival Sibiu 2010, has filled the drummer position.

The album has been inspired, according to Tuomas Holopainen, by a famous quote from the Origin of Species book, released by naturalist Charles Darwin in 1859. This quote included the words “endless forms most beautiful”, used by Darwin to describe the evolution from one common ancestor to all living organisms, that were subsequently chosen as the title of the album. Because the whole band is interested in the subjects of science, the lyrics lean on the areas of biology, evolution and science: „It focuses on the fact that all living beings on earth are related with each other, own a common origin and that’s why everybody is on the same level“, reveals Tuomas. „However, this should not degrade humanity, but symbolize merely the connections of all kinds!“ Nightwish connects the present, the past, and the future in a perfect whole – Endless Forms Most Beautiful.
Tickets are available in the European Eventim networks or online on www.nightwish.artmania.ro. For the latest details on the Nightwish concert in Bucharest and fast communication, go to the dedicated Facebook page at http://fb.com/nightwish.live.romania