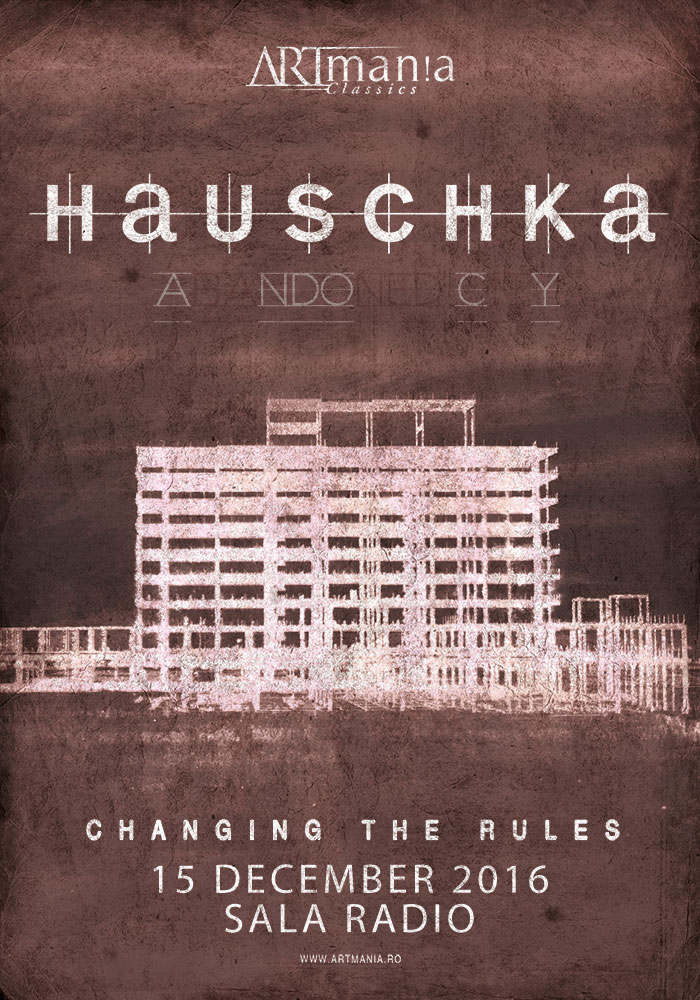 4 years ago4 months ago

Before this concert you should relisten to “The Prepared Piano” from 2005 to get into Hauschka’s Univers, Salon des Amateurs from 2011 for a good piece of techno music made with piano and the newest additions to the artist’s portfolio Abandoned City and A NDO C Y published in 2014 and 2015.

Hauschka is a composer, songwriter and experimental musician who has brought an exciting new perspective to the prepared piano. The prepared piano – a technique for getting new sounds from the acoustic keyboard by resting pieces of paper or drumsticks on the strings of the instrument – has been used for centuries, but Hauschka was unaware of the tradition when, at the dawn of the new millennium, he began exploring ways to get new sounds out and create a beautiful music.

Ticket prices varies between 70 and 130 lei (16 and 30 euros) and are available on Eventim, MyTicket, Kompostor network and on ARTmania.