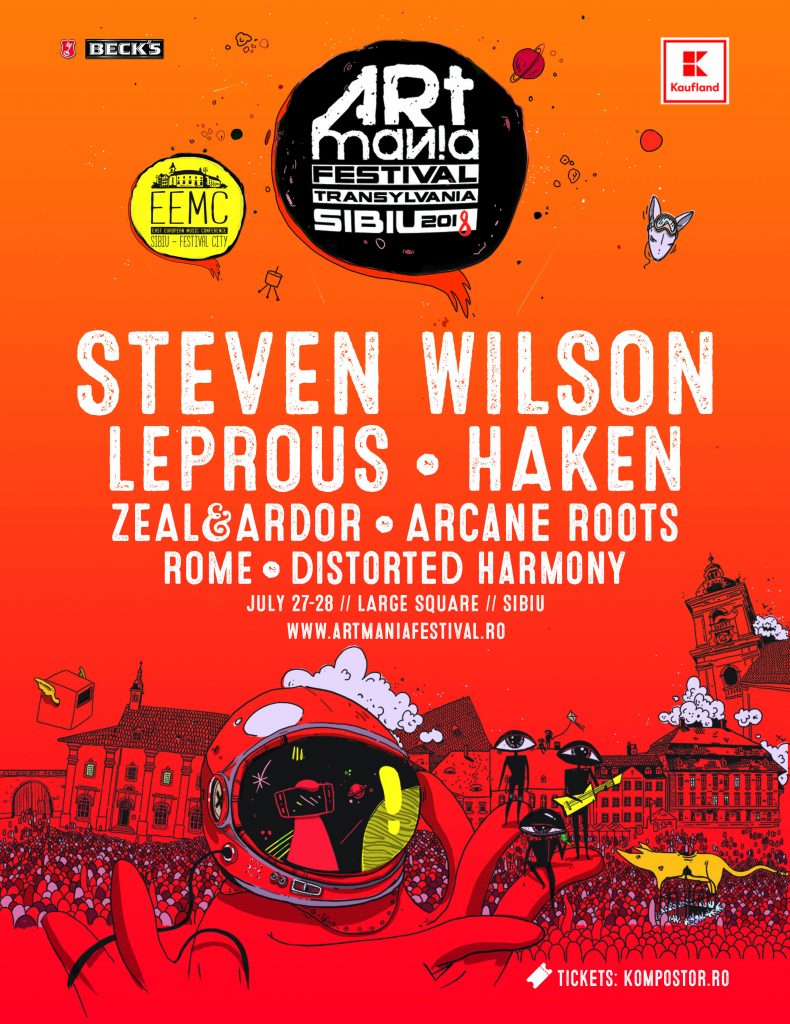 ARTmania, the first festival of its kind in Romania to merge entertainment and art, is already preparing for its 13th edition in 2018.

The event, which takes place in July, combines rock music with a host of other unique events. Concerts take place in unconventional spaces, and attendees can also visit exhibitions, gain access to museums, and participate in Q&A sessions with artists and producers from the music industry – making ARTmania an unmissable festival experience.

Headliners Arcane Roots – described by the British press as “the new hope of British rock” – with their impeccable technique, complex rhythms and jagged guitar riffs will be one of the highlights of ARTmania 2018. The Independent’s Remfry Dedman declared Melancholia Hymns, the band’s latest release, one of the best albums of 2017.

Other headliners include Haken, who are already a significant name on the UK progressive rock scene with their mix of prog-rock and vintage rock sounds. Frontman Ross Jennings says “We like to think our live shows are a spectacle, not in a pyro-fuelled ‘Rammstein’ or ‘Cirque-du-Soleil’ kind of way, but there is a certain power in our music and our stage prescence that we try and bring to achieve the same thrills.”

ARTmania Festival is a platform dedicated to the promotion of all means of artistic expression, and is particularly inspired by rock culture. It has become the main regional promoter of contemporary musical projects. ARTmania doesn’t just mean concerts held by big local and international bands, music is the main component that started it all, but it now represents just a part of the experience that has grown to include other arts and cultural experiences from both Romania and abroad.

As the longest running rock festival in Romania and a major player within the regional cultural scene, ARTmania has created its own identity with a daring concept and within the unique environment of the Large Square, which is located in one of the most beautiful medieval towns in Eastern Europe – Sibiu.

After the inaugural edition in 2017 attracted over 400 delegates from both the Romanian and wider European industry, the second edition will not only continue the discussions and showcases, but will also introduce its brand new programme: Romanian Music Export.

Romanian Music Export has been set-up to promote Romanian music throughout the rest of Europe and is the first programme of its kind in Romania.  It will take place on 26 July, the first day of the EEMC, and will invite producers, booking agents, promoters and cultural operators from Romania and Europe to attend a showcase of five of the hottest bands/artists Romania has to offer. Tickets can be purchased online here: http://eemusic.ro/

ARTmania Festival is a founding member of AROC – Asociația Română a Organizatorilor de Concerte si Evenimente Culturale (Romanian Association of Concerts and Cultural Events Organisers), which has some of the most important promoters in Romania as its founding members, like Emagic Events, Electric Castle, Summer Well, ARTmania, Blaj aLive and Twin Arts, among others.