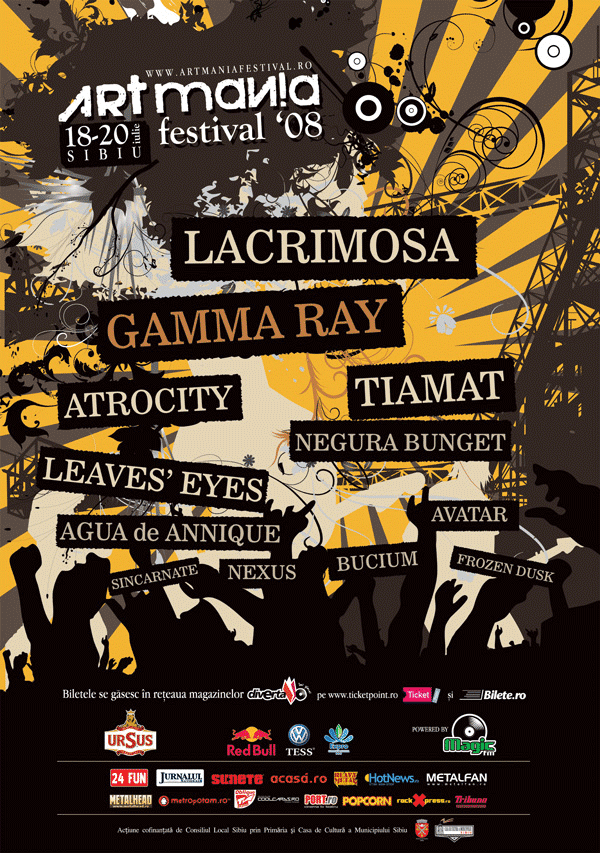 After the first two editions, from 2006 and 2007, featuring headliners like HIM, Amorphis, Anathema, Tarot, The Gathering, My Dying Bride or Within Temptation, the third edition of ARTMANIA Festival, from 2008, presented the Romanian audien with some of the greatest names from the international rock scene.

11 bands were present at the festival, six from abroad and five from Romania, with over 3.000 participants each day, 17 hours of music and 70.000 watts of sound.