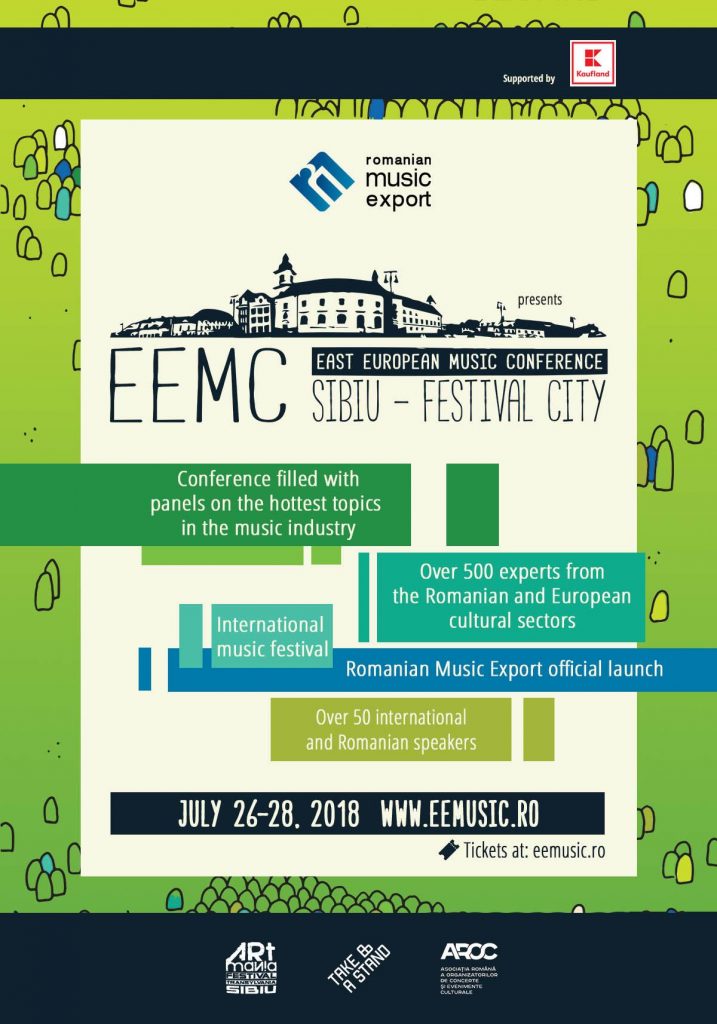 Ivan Milivojev, Nick Hobbs, Greg Parmley and Jake Beaumont-Nesbitt have confirmed their presence at the most important conference in Romania dedicated to the music industry. They will be joined by Holger Jan Schmidt, Albert Juncosa, Manfred Tari, Gordon Masson and Allan McGowan.

Ivan Milivojev is one of the founders of EXIT Festival (Serbia, 2000) and as well as other important festival in Serbia and the region: Warriors Dance Festival, Sea Dance Festival, Revolution Festival and #DEV9T. Fifteen year experience with his festival with projects like RHCP, Franz Ferdinand, Madonna and many other artists are clear proof of the his professionalism and the quality of his work.

Nick Hobbs owns Charmenko, an international artist management and talent agency. Since the 80s, Nick has organized and promoted concerts in Eastern Europe, the Balkans and Middle East.

Jake Beaumont-Nesbitt represents the composer Peter Gregson and councils a number of artists regarding their rights and their career development. Jake is also a counsellor within the International Music Managers Forum (IMMF), an organization that reunites artist representatives from 24 countries.

The second edition of the conference will take place in the Thalia Hall in Sibiu, between 27 -28 July. After a first edition where 400 people, guests and public, from the Romanian and European cultural medium have exchanged ideas and shared conclusion, the second edition will continue innovating the Romanian market with a new avant-garde program: Romanian Music Export, whose official launch will take place on July 26th.

On April 30th, the registration for the showcase scheduled on July 26th in Sibiu closed. The over 80 band registered are now being analysed by the Romanian Music Export national jury, and on May 18, the 30 bands that are going further in the next stage will be announced.